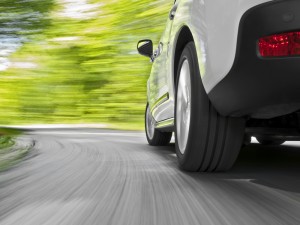 The United Arab Emirates has made yet another announcement that solidifies its role as one of the Middle East’s most innovative countries. Positioned in a region that’s built economies on the oil used to fuel vehicles around the world, the UAE has boldly proposed legislation that will mandate all SUVs and 4x4s owned by Emiratis to be traded in for hybrids or vehicles with less carbon emissions. According to reports, the proposal is in an effort to both decrease the nation’s carbon emissions and reduce traffic quantities for more efficient commutes. However, as Hussain al Nowais points out, while the proposal’s intent is noble, these vehicles have been embraced by UAE society; forcing Emiratis to trade in their SUVs, no matter how much gas they guzzle, will likely be a challenge. The proposal has already elicited backlash.

However, al Nowais believes that while a proposal of this nature will inherently stir up resistance at first, if other countries around the world would jump on the bandwagon and submit similar proposals, or at the very least, make public their consideration of a similar proposal, there’s a good chance resistance would die down and the UAE would have a chance of implementation. After all, in cities like Dubai and Abu Dhabi, where SUVs and 4x4s are abundant, but opportunities for using them as genuine “sports utility” vehicles is practically non-existent, their appeal is based on the vehicle’s status symbol. The same can be said for owners of SUVs around the world; rarely are they actually purchased for their functionality. Should we let our penchant for materialism dictate carbon emissions?

Whether or not the UAE proposal passes, it has changed the conversation about the extent to which governments can (and should) control their carbon outputs. Let’s hope other international players take note.